Four Window Film Myths it is Time to Debunk

It’s a brand new year, and like many people, we believe 2021 is a time for change in celebration of the new year! So, for our New Year’s resolution we have decided to set the record straight on some window film myths we hear time and time again. This is because we want possible customers to understand just how effective window film is and exactly what it does and doesn’t do. Read on to learn some of the common misconceptions about window tinting and what actually is or isn’t true about this spectacular technology.

Why Film Misconceptions Vs. Reality

Window Film Fact: Window film is easy to put on and just as simple to remove. It is also incredibly non-toxic. It is put on with an easy water-soluble adhesive and in most cases can be both applied and removed in one day!

Window Film Fact: Since window film is put on using a non-toxic water-based adhesive– it literally peels right off when you need it to. So when you decide you no longer want window film, or when it is time for a new film, you can easily upgrade your existing window film. Simply call a certified window film professional like us and have us remove it leaving no signs it was ever there.

Window Film Fact: Window film technology has evolved over the years. In fact, the days of dark, gaudy metallic films that darken windows and obscure views are gone. Conversely, the new era is one of perfect clarity. Today’s window films are made of new cutting-edge materials (like ceramic) that absorb the harmful rays of the sun rather than block them. These films let through as much visible light as you choose and leave your windows crystal clear.

Window Film Fact: When it comes to justifying an ROI– dollar for dollar window film is one of the most cost-effective home improvements to invest in. It tends to pay for itself in as little as three years because it saves you up to 30% in utilities monthly. Add to this the preservation of your HVAC systems and greatly increased comfort in your home and the already low cost of window film on your Dallas home is totally worth it.

For more information on window film for your Dallas home–contact us today!

Slow the Spread in Our Texas Communities with Social Distancing Graphics 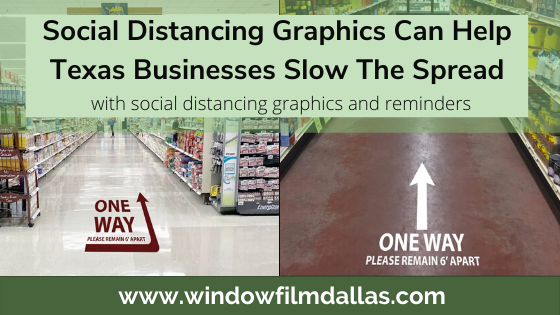 With “stay at home” orders soon to be lifted throughout Texas communities, business are excited to open their doors once again. While this is great news for the local economy, businesses have the added burden of maintaining a safe operation in compliance with all local and federal laws. The failure to successfully implement these regulations could render your business liable to future law suits, and provide a dangerous environment for your community. We are here to explain how our safety solutions can provide your business and community with piece of mind. Through conducting safety evaluations and implementing mandatory safety regulations with social distancing graphics, your business can provide a safe operation for your community and limit liability.

Give Your Texas Organization the Advantage

As the status of COVID-19 continues to change, so will the mandatory safety and health regulations. Our quick and versatile safety solutions will allow your business to quickly adapt to new regulations and focus on business as usual. Our safety solutions start with evaluating your business and targeting high risk areas. Once a plan is in place, our professional team can quickly install graphics in all locations necessary, and on virtually any surface, including metal, wood, concrete, carpet, glass, and so much more. Graphical warning signs, mandatory safety procedures, and safety reminders may be the best solution for protecting your Texas business and community. 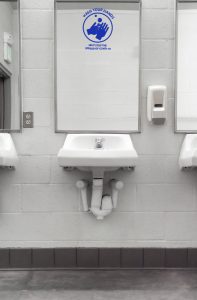 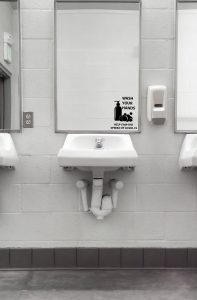 Directional Graphics For Aisles and Walkways:

Comply with safety regulations by clearly directing foot traffic throughout your facility. 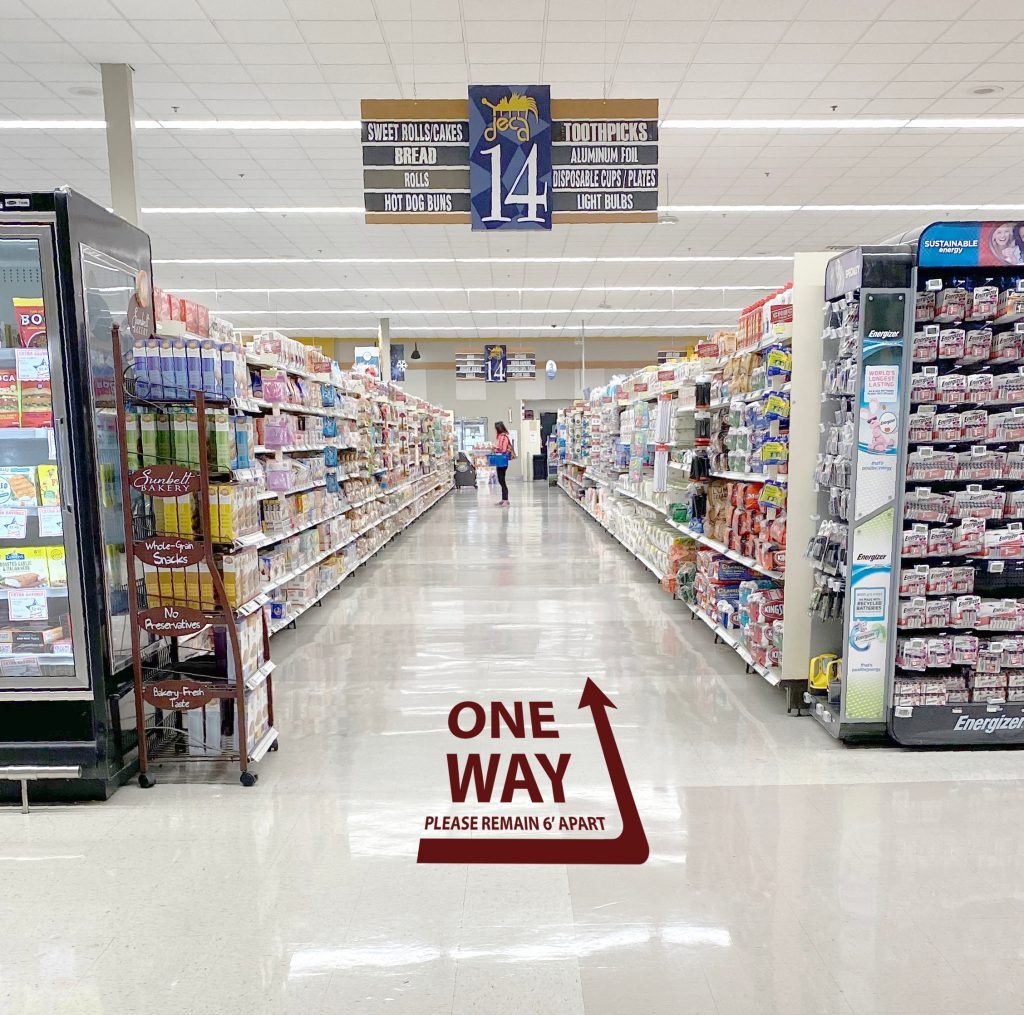 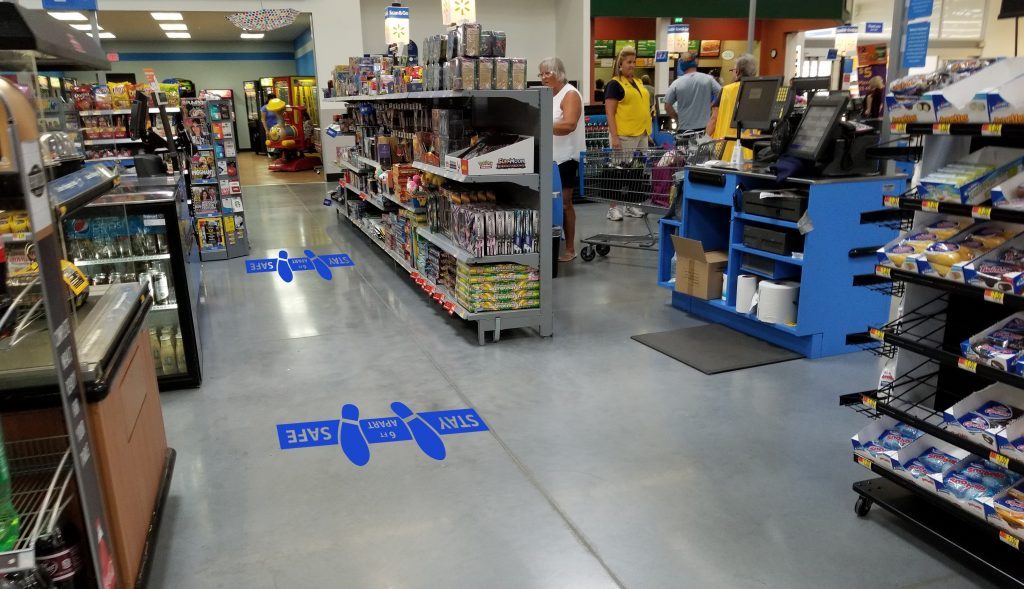 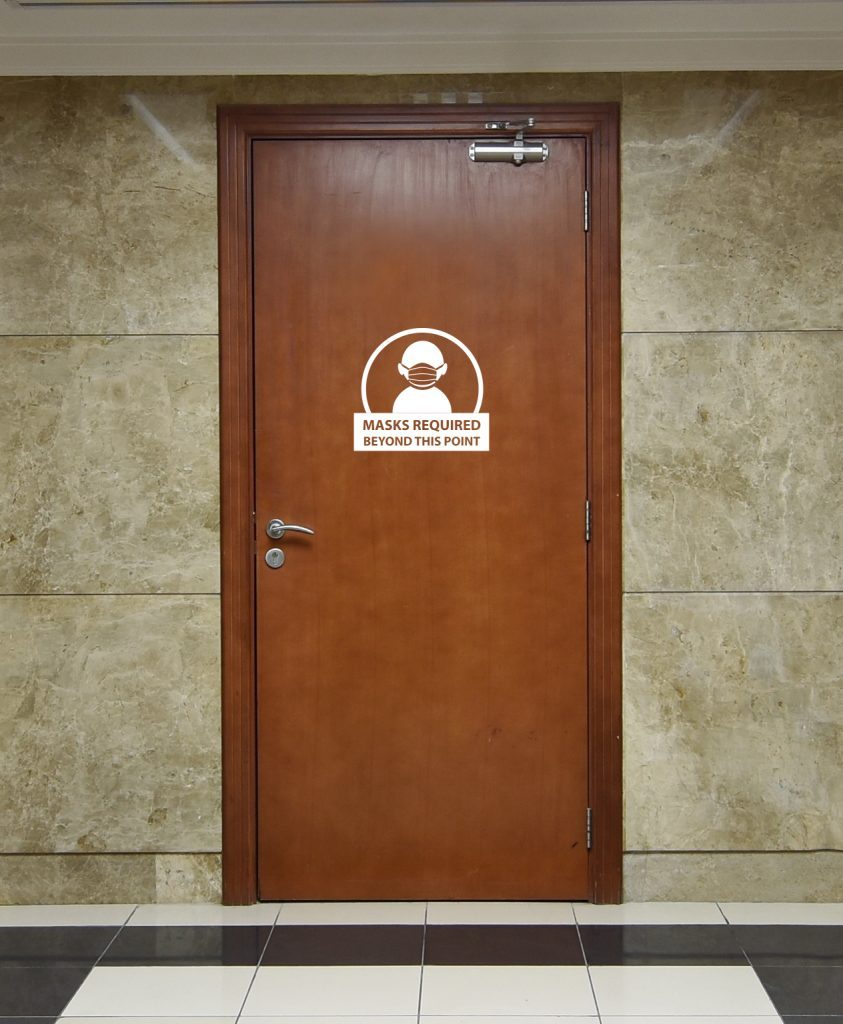 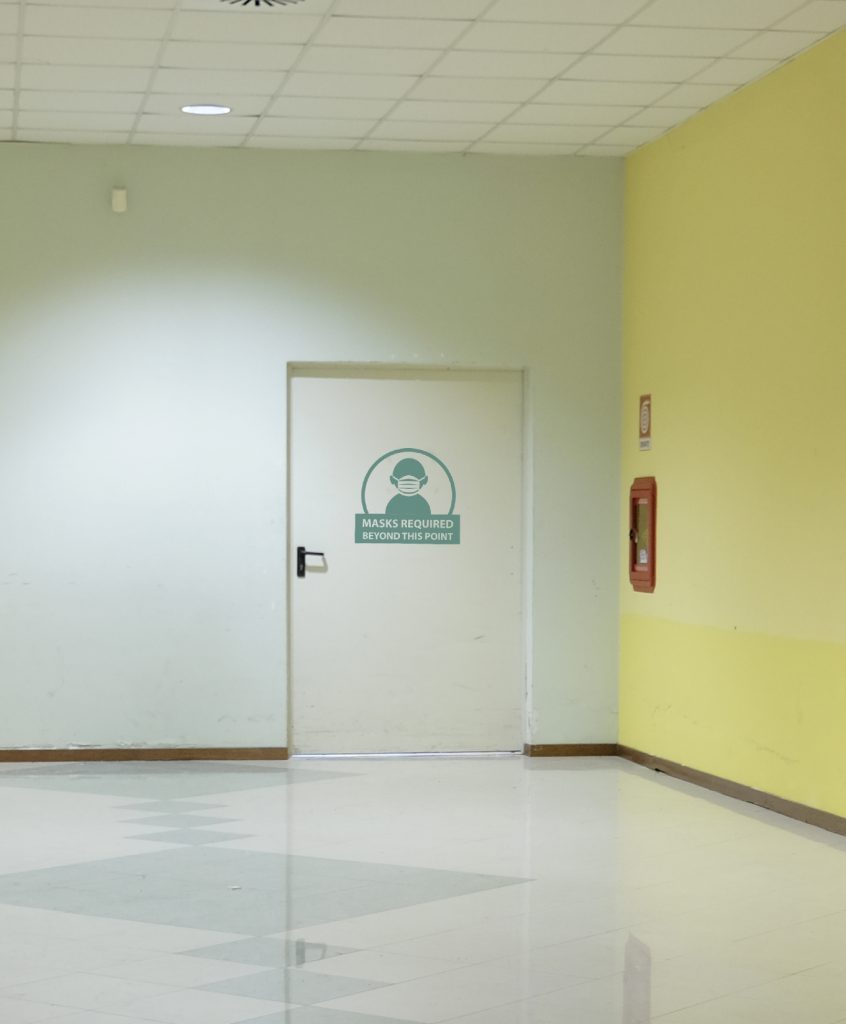 Have the Preferred Texas Surface Graphic Experts Work For Your Business.

Due to the spread of COVID-19 Window Film Dallas has dedicated its efforts to protecting our Texas communities. As a result, we will remain open during normal business hours and offer free virtual consultations . Social distancing graphics and safety evaluations may be the best solution for protecting your community and limiting liability.

Open-plan offices are all the rage these days. It turns out, businesses function better when their employees can collaborate and share ideas. Open offices also promote transparency, which helps employees feel more secure with their jobs.

But there’s always one thing missing in an open office: privacy. People need privacy to stay focused and feel comfortable. Private rooms are just as important as collaborative spaces, so the key is finding the right balance between the two.

Every office needs privacy, but at the same time, you don’t want to ruin that collaborative, open feeling you worked so hard to create. By adding decorative window film to your Dallas office, you can create the privacy you need without sacrificing aesthetics.

END_OF_DOCUMENT_TOKEN_TO_BE_REPLACED

Owning a home is part of the American Dream. As a homeowner, it’s your responsibility to protect your home and make it safe for your family. Unfortunately, not everyone in the world has the best of intentions and some people just can’t be trusted. By installing security window film for your Dallas home, you can protect your property and family from shady human beings and natural dangers too.

END_OF_DOCUMENT_TOKEN_TO_BE_REPLACED

Do you have chipped or cracked windows in your hotel? Are you concerned that the appearance of your building might affect your resale value? Exterior window film offers a solution! Exterior window film can make your Dallas hotel look like brand new again and fix all the flaws and defects in your windows. It’s perfect for historic remodels, exterior renovations, and new construction projects alike!

END_OF_DOCUMENT_TOKEN_TO_BE_REPLACED

Well, there is no denying it–summer has come to Texas if you couldn’t tell by the rising temperature–the slew of new fun activities probably gave it away.  Summer is great in Texas and in Irving, it is no different.  There are always a ton of people out and about doing any one of the many summer activities that you can’t find any other time of the year. Things like farmers markets, baseball games, concerts and more abound around this time of year.  While the outdoor activities are fun and enjoyable, something that is not fun is the constant need for A/C in your Irving home and the corresponding bills.  That’s right, in summer time Texas gets extraordinarily hot and there isn’t much you can do about that.  However, there is a way that you can keep your purse protected from the sudden spike in utility costs for your Arlington home and that is to have window tinting installed.  At Dallas Window Tinting we have seen window tinting lower our client’s bills year after year and your home is not exception

How Does Window Tinting Keep My Irving Home Cool?

Window Tinting is something every home in Texas needs.  While we will leave the high science to the scientists.  Here are 3 ways that window tinting works to keep your Irving home cooler and keep your energy consumption low.

Reduction In Solar Heat Gain:  As solar radiation strikes a piece of glass, window film blocks UV rays through glass and regulates the levels of heat

Reduced Load On Hvac Systems:  The less your cooling systems need to work to keep the air in your home cool, the longer they will last and the less maintenance they will require–saving you money.

Window tinting is a cost effective method to fight against the incredibly hot Irving summers. However, it is imperative you choose the right window tint for the job.  At Window Film Dallas, we can help you find the right window film for your home and budget.  Contact us to schedule a free consultation and get started on a cooler summer today!

Beat The Summer Heat With Window Tinting On Your Arlington Home

Window Tinting For Your Arlington Home

Summer time is one of the best times of the year in Arlington, Texas.  People are out in droves doing fun summer activities that you can’t find any other time of the year.  There are farmers markets to explore, old swimming holes to rediscover and concerts every single weekend and even during the week.  Enjoying the summer when you are out and about is easy.  However, when it gets hot here in Texas, and man does it get hot, keeping your home cool and comfortable can be a challenge.  At Window Film Dallas, we know first hand that your summer doesn’t need to be ruined by high utility bills and a home that just doesn’t stay cool because we have seen the results of window tinting first hand!

How Does Window Tinting Keep My Arlington Home Cool?

Window Tinting really is an amazing feat of technology.  It combats heat, cold and glare to make life in your Arlington home temperate and comfortable.  It works by combating solar radiation–the cause of heat transfer from the sun through your windows.  As solar radiation strikes a piece of glass, window film blocks UV rays through glass and regulates the levels of heat and light passing through the glass. The amount of heat and light rejected is all dependant on the type of window film selected. Additionally, low emissivity or Low-E window films improve the insulating properties of windows – offering increased cooling season savings and the added advantage of heating season savings.

Window tinting is your biggest ally in your fight against the incredibly hot Arlington summers.  At Window Film Dallas, we can help you find the right window film for your home and budget.  Contact us to schedule a free consultation and get started on a cooler summer today!